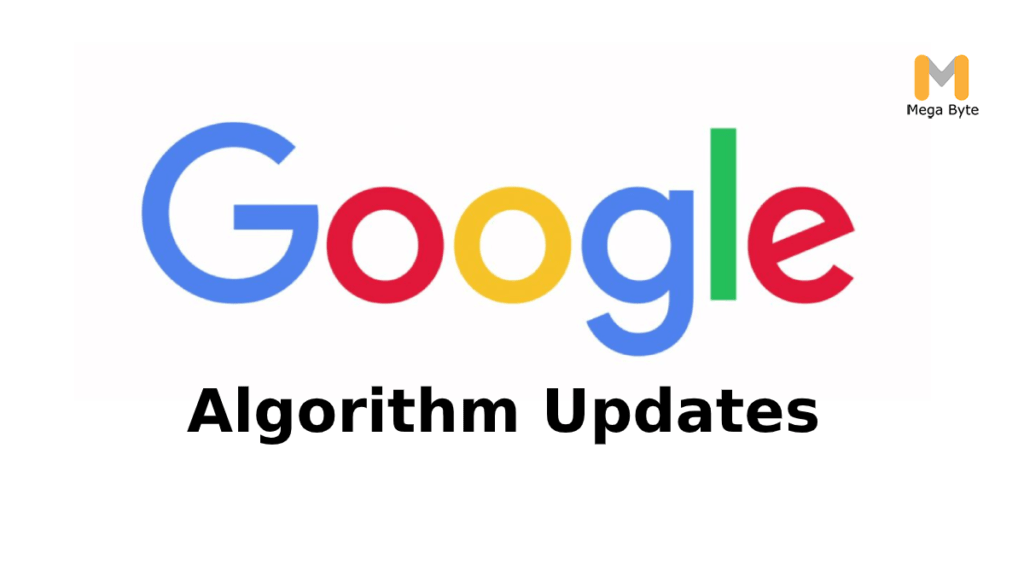 What Are Google Algorithm Updates ?

1,17 billion people use Google as their main Search Engine. Google is trusted as being a credible source of information, always delivering the best results possible by many in the world. To make sure they retain their surfers and plausibly get even more, they need to ensure they keep coming up with better ways to make their search engine more and more befitted for effortless surfing of the net. Let us look at the various changes Google has made to its Google Algorithm Updates over the years to get a better understanding of how it has turned out to be such a mammoth among other search engines.

Google announced most of its major Google Algorithm updates on Twitter. This goes to show how important a Twitter presence is and it garners more exposure as well as keeps you up to date. Let us look at the major updates that Google set forth to boost functionality.

Here is the core update that took place. In January, the May Core Google Algorithm Updates was announced. Google releases a core update very frequently, let us say one in every 3-4 months. The introduction and integration of this update came about in 2 weeks. They also mentioned that the guidelines to be followed are similar to the one release previously.

It was confirmed through Twitter that webpages in a featured snippet position will no longer be repeated in organic listing of the regular page. This page affected the entire organic search listing worldwide.

Sticking to its habits, Google had released a core update, as mentioned, in January 2020 with a list of points to consider if your website is affected. Before that, was the update in September 2019, which was named as ‘September 2019 Core Update’ which disappointed Search Engine Optimization as it did not have as much of an impact as previous significant updates. November 2019 also saw an update by Google which we call ‘Nov.2019 Local Search Update’ that mainly affected Local Rankings. Core Updates should be something you have to take note and be informed about as it affects your website analytics. If you don’t, you may never know whether something is wrong with your website or you are just not following the guidelines Google has drawn up.

If your website ends up being affected and your ranking plummets it may not necessarily mean that something is wrong with your website. But, do not fret, Google helps out. It provides possible suggestions of things which may be the reason why. Just remember to always keep monitoring your search analytics and Data inflow.

Introduction Of The Bert Algorithm

The BERT update was announced and it brought about a big change after five rather long years along with it. It included a myriad of Languages. Inevitably, it started with the US English language and made amends to about 10% of related search rankings.. This would also affect the order of Search Rankings and the accented snippet if not changed according to the guidelines of the BERT update.

For the second time, Google pre-announced an update following the announcement made in June 2019. As it was hard to keep up with all the names of the updates and also due to the dilemma over the core update in March. Google decided to go with the Month followed by the Year for the naming convention.

Google took everyone by surprise by randomly pre-announcing one of its core updates. This urged everyone to check their Performance Reports to figure out if their website ranking had been modified.

Google keeps making these updates to ensure it brings its surfers the best possible results. Hence, these routine updates will definitely bring about ups and downs in terms of your ranking. This way pages that may have been underappreciated due to lack in representation are brought into light.

Another Core Update took place bringing about shifts in ranking of websites on the organic search page.

Google brought about another core update and also reassured websites that their rankings are fluctuating not because there is something particularly wrong with the website. But, it is more due to the tweaks it would have added to the update. One can only optimize their website and work on their content to the best of their ability and hope for the best.

Core Update was announced by Google prompting websites to monitor their website’s performances.

The Core Update made during this period made a lot of changes in the SERP Rankings. These updates were central around different permutations for keywords and the use of doorway pages. You can track various features of your SERP individually to be able to identify the parts where you are doing well and the features that you need to improve on. Based on the numbers of a particular business or industry around, the competitiveness levels may vary, hence, affecting some websites more than the other. But Data Analysis Tools could calculate the Deviation Score from the huge amount of data they get from the many websites and identify which business or industry went through higher volatility spikes compared to their usual score.

Popularly referred to as the Maccabees Update, this period brought about one of the highest recorded volatility spikes on SERP especially on mobile websites. These industries included Law and Government, Autos and Vehicle, etc.

The volatility spikes were not coming down anytime soon as now Industries such as Jobs and Education, Science, Internet and Telecom and more took a huge blow. And just like before, they were more predominant on mobiles.(Hobbies & Leisure, Science, Jobs & Education, Home & Garden, Internet & Telecom)

This rise spread to other parts of the world and countries such as Germany, UK, France and Australia were undergoing the extreme spikes as well. This led to many sites not being able to be visited by patrons due to the absence of Schema integration. Hence, websites had to do the maximum to stay afloat.

This was another Google Algorithm Updates that really raised the bar for proper representation by google. This update was also referred to as the Possum update. It impacted searches related to Locality but did not make any difference for other types of searches.

This update used a complex Google algorithm updates to sieve out results that were ranked pretty high and that were too similar to each other. Which basically means that it will pick out the most relevant searches and then filter again making sure there were no repeats even if they were two entirely different entities. Much like how they weave out the Duplicate content.

This helps to make sure that the same business is not represented repeatedly, taking up all the digital real estate and monopolizing the industry.

The update got complicated not only removing results that stated the same Business name and contact information but also industries that were located next to each other in the same area.

This could mean that if you have a competitor in the same area, chances of your business getting filtered out of local searches is 50%. This increases competitiveness immensely.

Fortunately, Google revised this google algorithm updates and though some may say it got stricter, it stopped removing as many businesses that are located near each other.

Though this update was unconfirmed, the update was believed to be around spam websites.

We’ve seen more chatter and reports of changes from within the “black hat” SEO community, which generally means that this is a spam Google Algorithm Update. It was also filtering out websites based on their quality at this point of time.

This update influenced the search listings in Local Google Maps results and the 3-pack. The objective was to get rid of spam that may be ranking and bringing multiplicity to local results.

Here is a list of what the update took note of while mixing up the rankings for local results.

● Your company’s address and associates were taken into account during the filtering process.

● The accuracy of your store location was of paramount importance

● The Local filter was not clumped with the Organic filter in any way. Each of the filters did their jobs separately.

● Picking the right keywords can make all the difference as even one letter that may be off could display a competitor’s post with the exact word instead.

● Businesses that were located in rather suburban areas saw proliferation in their number of searches.

Google introduced a system that combined concepts of Artificial Intelligence and Machine Learning and named it RankBrain. RankBrain was set up to better sort thought the numerous queries.

This was a second version of a mobile friendly update that had already been initiated. It only impacted those websites which were not suited to be responsive or adaptive to different data formats such as mobile phones, laptops, tablets, etc.

This had to be done by checking each page on the website and confirming if it was mobile friendly or not. Therefore, it took a considerably long time for this update to roll out. Similarly, based on Google’s crawling capacity or speed, the impact of this update was realized.

The thing is, the past week or so has been pretty volatile in the search results for both the automated tracking tools and the chatter in the community. But again, Google is saying it is not Penguin, it is core.

Here is a summary of the aliases of the major updates and what factor they impacted: